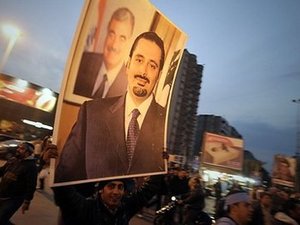 The March 14 forces are reportedly preparing a political document on their future objectives that they would most probably announce on the sixth anniversary of ex-Premier Rafik Hariri’s assassination.

Informed sources in the alliance told pan-Arab daily al-Hayat in remarks published Thursday that the March 14 forces are planning to hold a political gathering rather than a mass rally on the February 14 murder anniversary.

Another source told An Nahar newspaper that the gathering would be the beginning of other moves by the alliance that would reach their peak with a mass demonstration on March 14.

The Feb. 14 gathering could bring together around 6,000 March 14 officials, journalists and academics at the BIEL exhibition center in Beirut, the source said.