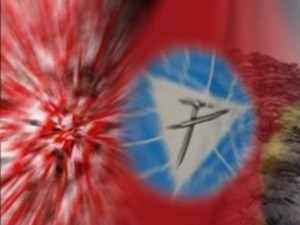 A fifth supporter of the Progressive Socialist Party was detained Monday in the ongoing probe into the deadly Qabrshmoun incident.

“At the end of the session, Judge Bassil issued an arrest warrant for one of the PSP supporters and released the three others on bail,” the National News Agency said.

“He scheduled the interrogation of another suspect -- who did not attend today’s session for being outside Lebanon -- for Wednesday,” NNA added.

Monday’s arrest raises the number of those held over the incident to five, all of whom are PSP supporters.

Two of Gharib’s bodyguard were killed and a third was wounded in a clash with PSP supporters in Qabrshmoun as the minister’s convoy was passing in the Aley district town. A PSP supporter was also injured in the incident and is still in hospital.

Gharib and the LDP have accused the PSP supporters of setting up an “ambush” while the PSP has accused the minister’s bodyguards of opening fire first on protesters.