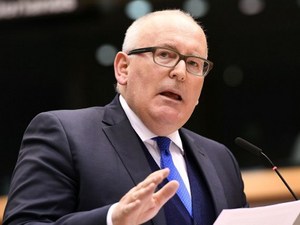 The new European Commission taking office in two months will boost its fight against climate change by making it a top portfolio to be handled by Frans Timmermans, officials said Tuesday.

Timmermans, a 58-year-old Dutchman and veteran Brussels official, will be a lieutenant to incoming Commission chief Ursula von der Leyen, who has made cutting carbon emissions a key priority of her executive for the next five years. His official title will be executive vice president for a "European Green Deal", von der Leyen told a news conference.