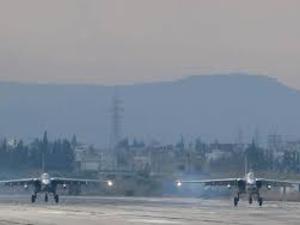 Russia carried out air strikes on jihadist targets in northwestern Syria on Tuesday for the first time since it declared a truce on August 31, a war monitor said.

The truce, which brought a halt to four months of devastating air and artillery bombardment by the Syrian government and its Russian ally, had held despite persistent skirmishes on the ground.

"Russian aircraft carried out two strikes on positions held by jihadist groups in the Kabani district of Latakia province which borders Idlib," the head of the Syrian Observatory for Human Rights, Rami Abdel Rahman, told AFP.

He said it was unclear whether the strikes were a one-off or heralded the breakdown of the latest truce.

It is the second such agreement between the Syrian government and jihadists since August 1. The previous one collapsed after just a few days.

The Hayat Tahrir al-Sham alliance led by al-Qaida's former Syria affiliate, controls most of Idlib as well as parts of neighboring Aleppo and Latakia provinces.

The region of some three million people is one of the last holdouts of opposition to forces of President Bashar al-Assad.