Russia Has 'No Expectation' of Better US Ties after Bolton Ouster 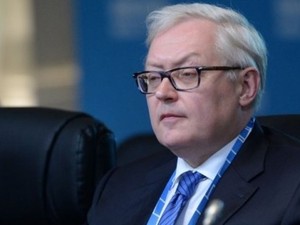 Russia said Wednesday it has "no expectation" of any improvement in relations with Washington after the dismissal of Donald Trump's national security advisor John Bolton.

"We have observed several times in the past that changes in the US administration bring no improvement. That's why we have no expectation," deputy foreign minister Sergei Ryabkov told the Novosti news agency.

"We judge on acts not declarations or intentions. When we see progress, then we can say that something has changed."

President Trump on Tuesday announced the firing of Bolton, a foreign policy hawk with whom he had disagreed on a number of issues including Iran and North Korea.

Relations between Moscow and Washington, at their lowest level since the end of the Cold War, have been battered by differences over Ukraine and accusations of Russian interference in the 2016 US presidential elections.