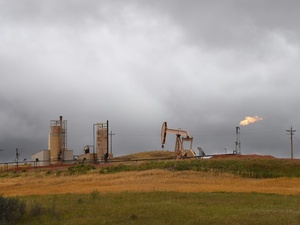 With OPEC and its allies set to meet on Thursday to consider fresh reductions, the monthly report argued that oil market needs stability.

While world oil demand is forecast to increase around 1 million barrels per day (mbd) in both 2019 and 2020, the cartel said that: "Nevertheless, this is expected to be outpaced by the strong growth in non-OPEC supply."

OPEC expects non-OPEC production to rise by nearly 2 mbd this year and 2.25 mbd next year, largely due to gains in the United States.

"This highlights the shared responsibility of all producing countries to support oil market stability to avoid unwanted volatility and a potential relapse into market imbalance," it said in the report.

On Monday, in some of his first public comments since his weekend appointment, the prince said "cutting output will benefit all members of OPEC".

While oil prices are far off their levels one year ago, at around $60 per barrel now they have recovered lows struck at the beginning of the year despite the slowing economy as OPEC+ nations have continued to restrain their output to counteract higher output by other countries.

The OPEC report noted the cartel increased output by 136,000 barrels per day to more than 29.7mbd, primarily due to increased production by Saudi Arabia, according to secondary sources.