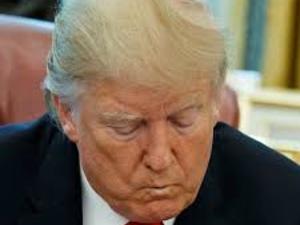 Democrats stepped up their impeachment investigation of President Donald Trump Thursday even as the party's leaders remained dubious about the political value of the move 14 months before the next presidential election.

The House Judiciary Committee approved new procedures that will permit it to demand more documents and testimony from the White House, declaring for the first time that its probe of the president is focused on "impeachment."

Committee Chairman Jerry Nadler said the measures will serve to enhance an "aggressive series of hearings" aimed at determining whether to recommend articles of impeachment against the president.

"The resolution before us represents the necessary next step in our investigation of corruption, obstruction, and abuse of power," Nadler said before it was approved by the Democrat-controlled committee.

The investigation is focused along four specific lines: allegations that Trump illegally interfered with the Russia election meddling investigation, that he took part in hush payments to alleged former mistresses, that he has used his office to enrich himself, and that he offered pardons to government and campaign officials to protect him.

"The conduct under investigation poses a threat to our democracy.  We have an obligation to respond to this threat," Nadler said.

While a significant step closer, there are still doubts about whether Democrats will eventually vote to impeach the president, the equivalent of formally indicting him for a crime.

Pelosi has indicated she thinks the party should focus on next year's presidential and Congressional elections.

In addition, opinion polls show the public generally is against going through the drama of charging the president.

And it is virtually certain that the Republican-controlled Senate, which would effectively try the president on the allegations, would acquit him, absent new evidence that adds to what is currently known about the allegations.

More than half of the 235 Democrats in the House have endorsed an impeachment investigation.

Yet the Democrats have been accused of avoiding the use of the word impeachment in their investigations, and moving too slowly to reach that goal.

The White House maintains that Trump's executive privilege gives him the power to prevent McGahn from testifying.

McGahn was a key source for the Mueller investigation into Russia meddling, which mapped out at least 10 instances in which Trump appeared to obstruct or attempt to obstruct justice.