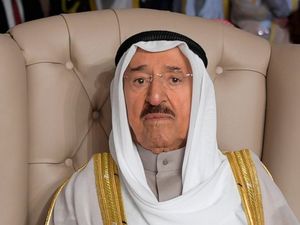 Kuwait says its ruling 90-year-old emir has left a U.S. hospital after having "successful checkups" that forced him to cancel a visit to the White House.

The report did not elaborate. KUNA earlier said Sheikh Sabah would reschedule his visit with President Donald Trump.

On Aug. 18, tiny, oil-rich Kuwait acknowledged the emir suffered an unspecified medical "setback," without explaining what that setback was.

That came after visiting Iranian Foreign Minister Mohammad Javad Zarif wrote on Twitter that he was "praying for emir's speedy recovery."