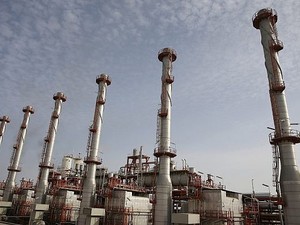 Two Iranian companies signed a $440 million agreement Saturday to develop a gas field in the sensitive Gulf, with the oil ministry saying it showed arch-foe the United States could not stop the country with sanctions.

Oil Minister Bijan Namdar Zanganeh said the deal reached between two government-owned firms, Pars Oil and Gas Company and PetroPars, to develop the Balal field would be the first of many.

Tensions have soared in the Gulf since last year when the US began reimposing sanctions on Iran after unilaterally withdrawing from a 2015 deal that put curbs on its nuclear programme.

"Signing this contract is ... the beginning of a process," Zanganeh said, quoted by the oil ministry's Shana website.

"This is a sign that we are still functioning with sanctions at their peak ... We are alive, we are active and working for Iran's oil industry," the Iranian minister said.

The sanctions, he added, "have not been able to stop the progress of Iranian oil industry and its development."

The Balal gas field is located 90 kilometres south of Lavan island in the Gulf.

The deal aims to reach a production rate of 500 million cubic feet of gas per day over a 34-month period.