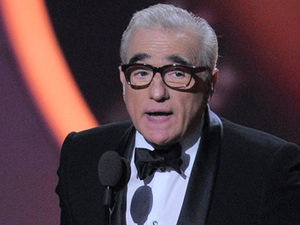 Martin Scorsese isn't just nominated for a Directors Guild Award for "Hugo," but also for his documentary "George Harrison: Living in the Material World."

Two of the selections — "The Interrupters" and "George Harrison" — were not among the Oscars' documentary short list of 15, from which it chooses five.

On Thursday, the academy announced that it has overhauled its often criticized documentary selection process. Beginning next year, the entire documentary branch within the academy will be able to vote on nominees, rather than just a selection committee.

The Directors Guild earlier this week nominated Scorsese, David Fincher ("The Girl With the Dragon Tattoo"), Michel Hazanavicius ("The Artist"), Woody Allen ("Midnight in Paris") and Alexander Payne ("The Descendants") for its top filmmaking honors.

The guild will announce its winners at a Jan. 28 dinner, with Kelsey Grammer as host.

El Nas dol (Those people), the first documentary film of the Egyptian revolution on the eve of its first anniversary

A special screening was planned for the movie "El Nas Dol" on 24
January in Al-Kalima hall – Sakiet al Sawy, on the eve of the Egyptian
revolution’s first anniversary, which toppled former President Hosni
Mubarak.
The film will travel to participate in several international festivals,
after a special screening in Dubai Film Festival, where it received high
public interaction and admiration.
The film is edited and directed by Mohammed Hisham, shoot by Mohammed
Hafez (Egypt) and Hany El Saadawi (Dubai), commented by Ahmed Atef,
soundtrack by Mohammad Kamal , and singing intervals by Wiaam Ismail.
www.facebook.com/pages/الناس-دول