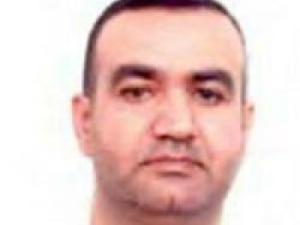 The Pre-Trial Judge at the Special Tribunal for Lebanon (STL) Daniel Fransen lifted Monday the confidentiality off his decision that confirmed an indictment against Salim Jamil Ayyash relating to the attacks against Marwan Hamadeh, Georges Hawi and Elias Murr, the STL said.

The confirmation of this indictment marks the opening of a new case before the STL, the court said in a statement.

-In the alternative to conspiracy aimed at committing a terrorist act, criminal association

The confirmation of the indictment means that the Pre-Trial Judge is satisfied, based on the supporting materials, that the Prosecutor has established a prima facie case against Ayyash and that there are grounds to initiate trial proceedings.

The STL noted that "this is not a verdict of guilt and Mr Ayyash is presumed innocent unless his guilt is established beyond reasonable doubt at trial."

"The indictment and arrest warrant were transmitted to the Lebanese authorities. They have the obligation to search for, arrest and transfer the accused to the STL’s custody," it added .

The Special Tribunal for Lebanon has jurisdiction over persons responsible for attacks that took place in Lebanon between 1 October 2004 and 12 December 2005 if the Tribunal finds that these attacks are connected to the attack of 14 February 2005, which killed former Prime Minister Rafik Hariri and many others.

The Pre-Trial Judge determined that three terrorist attacks against Lebanese politicians Marwan Hamadeh, Georges Hawi and Elias Murr are connected to the 14 February 2005 attack. The STL took jurisdiction on 5 August 2011.

- Information about the attacks:

On 1 October 2004, an explosive device targeted Hamadeh in Beirut. Hamadeh and another person were injured, and his bodyguard was killed.

On 21 June 2005, an explosive device targeted Hawi in Beirut. Hawi was killed and two other persons were injured.

On 12 July 2005, an explosive device targeted Murr in Antelias. One person was killed, and Murr and fourteen others were injured.

The STL has tried Ayyash and three other Hizbullah operatives in absentia over Hariri's killing and verdicts are expected soon.

and your terrorist Ayyash does not?

Yes but Ayash has evil eyes, just like Abbas Ibrahim.

Ayyash looks like a hizbullah 'saint' and has been made a saint by nassrallah.

lol aka 'laugh out loud'
Say it again 'Chris'