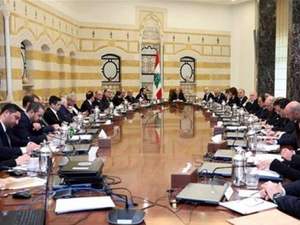 The Cabinet on Tuesday begins discussions of the 2020 draft budget amid reports that “painful measures” could be imposed as part of more austerity steps to cut the deficit and pave the way for international funding, al-Joumhouria daily reported.

The Finance Ministry had published the budget project yesterday, said the daily, showing that the total expenses are higher than the revenues, and the expected budget deficit at 5.7 percent of GDP.

Al-Joumhouria said the draft budget will likely be distributed to ministers during the session while discussions are to be postponed until Wednesday because the budget item is listed last on a 26-item agenda.

However, experts who contributed to the proposals for the decisions of the Baabda financial and economic meeting, which resulted in the declaration of an economic emergency, believe that the "2020 budget will not remain in its current form, because it will not satisfy the international community and state donors," said the newspaper.

Experts estimate the draft budget to be loaded with “painful measures” including a recalculation for public sector pension, a firm fight against corruption and waste of public funds because the IMF will not be ready to help Lebanon unless the government takes the necessary measures.

Economy expert Roy Badaro told al-Joumhouria: “The draft budget published by the finance ministry showed progress in amendments and explanations compared to 2019 budget, but it is not sufficient.”

“Because the draft budget was devoid of any new measures to translate the state of emergency declared after the Baabda economic and financial meeting,” Badaro noted that economists presented 49 items of short- and medium-term measures, that were not taken into consideration.