Aoun to Travel to New York for General Assembly Meeting 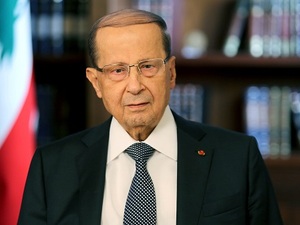 President Michel Aoun is scheduled to deliver Lebanon’s speech at the annual meetings of the United General Assembly held between September 23-27 in New York.

The President will be leading Lebanon’s delegation to NY, where he will meet with several Arab and foreign heads of states on the sidelines of the meeting.

Foreign Minister Jebran Bassil will join the delegation later on, after chairing the 2019 Lebanese Diaspora Energy conference (LDE) in the United States.

Will it be one or two presidential planes this time around?

how many MEA passengers will they kick out !?

Ah yes, the annual pilgrimage where all despots, dictators hate america, blame america crowd converge in america and go on shopping sprees in New York and hoard all these items that will cost them fortune back in their own countries. welcome to the UN.