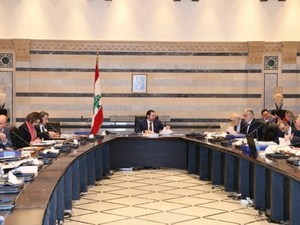 Cabinet began successive special sessions on Wednesday to study the 2020 draft budget in an effort to have it ratified by Parliament before its constitutionally mandated deadline.

Speaker Nabih Berri hailed the move, stressing the need to refer the draft budget to Parliament before the deadline on October 15.

On whether the budget could introduce “painful measures” as reported in the media, the Speaker said: “There are no new taxes. We will overcome the (economic) crisis if we implement the 22 items agreed at the expanded economic meeting in Baabda.”

According to PM Saad Hariri, the new budget will not introduce new taxes but seeks to reduce the deficit further. He also said it is part of a three-year plan to revitalize Lebanon’s ailing economy.

Lebanon has not approved a budget within the constitutional deadline for a long time.

In July, parliament passed the 2019 budget, which is expected to trim Lebanon's deficit to 7.59 percent of GDP -- a nearly 4-point drop from the previous year.