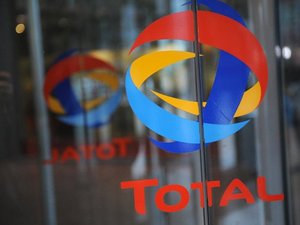 Japanese energy firm Inpex and French giant Total on Friday announced a huge $34 billion gas project in Australia, as Tokyo looks for alternatives to nuclear power in the wake of the Fukushima disaster.

Japan has virtually no hydrocarbon resources of its own and is the world's biggest importer of liquefied natural gas (LNG) to drive its energy-hungry economy, the third largest on the planet.

The project will see gas from the Ichthys field, in the Browse Basin off Western Australia, piped to Darwin, where it will be converted into liquid at a vast processing plant producing 8.4 million tons of LNG a year.

The figure represents more than 10 percent of Japan's current gas consumption, Inpex said, and most of it will be shipped to Japan, with about 20 percent being bought by a Taiwanese firm.

Approximately one third of the country's electricity used to come from nuclear power.

But the vast bulk of its 54 reactors have been shut down since the Fukushima nuclear crisis, the world's worst atomic disaster since Chernobyl, was triggered by the March 11 earthquake and tsunami last year.

Public distrust of the technology and calls for increased safety have grown, with local authorities delaying or avoiding giving power stations permission to resume operations.

Since the accident Japan has been seeking to accelerate efforts to diversify its energy sources, as well as reduce demand.

The problem cuts across a huge range of issues -- it is in practice difficult for Japan to implement requests from Washington to cut imports of crude oil from Iran.

Hideyuki Araki, an economist at Resona Institute, said the Ichthys project was highly significant for Japan.

"It is quite natural and extremely important that (Japanese companies) take this kind of move," he said.

As well as needing more energy resources to make up for reductions in nuclear power, he added, "competition to secure natural resources has been intensifying across the globe, as seen in aggressive efforts by China".

Ichthys is scheduled to go into operation by the end of 2016. Inpex will have 72.8 percent of the project and Total 24 percent, with the balance held by Japanese gas companies.

The Ichthys field is estimated to have 40 years of reserves. As well as LNG, it will also produce 1.6 million tons a year of liquefied petroleum gas, and 100,000 barrels of condensate per day at peak.

Kuroda said the project would create around 4,000 jobs during the construction phase and 700 permanent positions.

Australia's economy has boomed on the back of the island continent's enormous natural resources and Martin Ferguson, resources and energy minister, said the project would increase the Northern Territory's economy by 20 percent.

"We are entering a golden age of gas and projects like this one," he said.

"Global demand for energy is growing, particularly from the power economies of China and India -- and this demand will continue well into the foreseeable future.

"Australia is well on track to becoming the major gas supplier in the Asia-Pacific region -- the world’s engine room of economic growth in the 21st century."