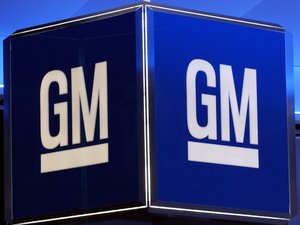 U.S. auto giant General Motors will invest $1 billion (778 million euros) in Russia over five years to more than double production by 2015, the managing director of its Russian operations said.

"The reason we are there is we see opportunity," James Bovenzi said late Thursday at a dinner event organized by the U.S.-Russia Business Council on the sidelines of the Detroit auto show.

"There is a lot of pent-up demand in Russia... The average vehicle is more than 10 years old," he said.

"The middle class is growing and nine of the 10 best-selling cars in Russia are foreign brands," he said, adding that GM's Chevrolet was a top-seller.

"Russia will (soon) be one of the most important markets in the world," he said.

A business group meanwhile announced that sales of cars in Russia rose by 39 percent in 2011 year-on-year to over 2.65 million vehicles as the market bounced back from the last economic crisis.

The Association of European Businesses (AEB) -- whose auto committee groups 43 Russian and European brands -- predicted that growth would continue in 2012 with sales of cars in Russia reaching 2.8 million units.

That would bring Russia back to the record sales high of 2.9 million units recorded in 2008 just before the global economic crisis caused a 49-percent reduction in sales the following year.