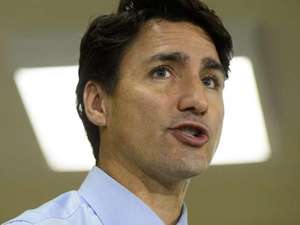 Canada's Prime Minister Justin Trudeau, currently fighting a tough election campaign, said Wednesday he "deeply regrets" having worn "racist" brownface makeup to a party at a school where he taught 18 years ago.

"Now I recognize it was something racist to do," he told a televised news conference on his campaign aircraft. "This is something I deeply regret having done."

US-based Time magazine published a photograph showing Trudeau, then 29, wearing a turban and robes with his face, neck and hands darkened at an "Arabian Nights" school gala in 2001.

How was it racist? I want to hear more of his confession.