Lagarde: Argentina Crisis Would Have Been Much Worse without IMF 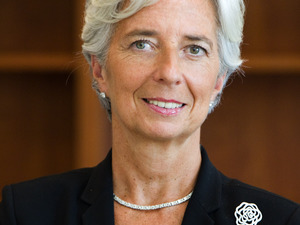 The crisis hammering Argentina would have been much worse had the International Monetary Fund not stepped in with a massive rescue program, former IMF chief Christine Lagarde said Thursday.

"I look at Argentina when it came knocking on the door and it was in a tough place, and we were the only game in town," Lagarde told AFP in an interview.

But Lagarde, who officially stepped down as IMF managing director last month, said she regretted the record $57 billion loan from the Washington-based crisis lender was not able to bring down the Latin American country's soaring inflation rate.