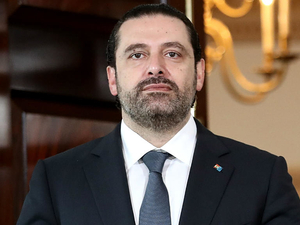 Prime Minister Saad Hariri held a telephone conversation from his residence in Paris with Saudi Finance Minister Mohammed Jadaan, and discussed the ongoing preparations for the first meeting of the Lebanese-Saudi Joint Committee, Hariri’s press office said on Saturday.

Discussions focused on the agenda of the meeting which includes agreements and memorandums of understanding to be signed between Lebanon and Saudi Arabia.

They also discussed ways to support the Lebanese economy and the participation of the Saudi private sector in the projects under the CEDRE conference.

He probably advised the Saudi minister on how to take a successful business and run it into the ground.

Go work and you’ll get your check at the end of the month.