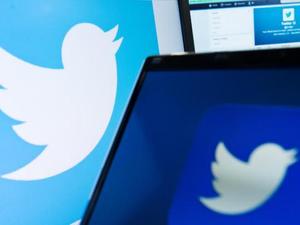 Several features on Twitter were down Wednesday, the platform said, with users from Japan to the USA reporting they were unable to log in, use the mobile app or see direct messages.

"We've been experiencing outages across Twitter and TweetDeck," the social media giant said in a statement, without giving a reason for the disruption.

"You might have had trouble Tweeting, getting notifications, or viewing DMs. We're currently working on a fix, and should be back to normal soon."

Monitoring site outage.report said it had received more than 3,200 complaints from across six continents as of Wednesday, with users in the U.S., UK and India among those particularly badly hit.

Almost half of those reporting outages said the mobile app was not working, with around a quarter saying the whole website was down.

Some users posted alongside the hashtag #twitterdown, although the site's trending section was working only intermittently.

The multi-billion-dollar platform's popularity has soared in recent years.

Its 160-character limit has been a feature of Donald Trump's disruptive presidency, with the U.S. leader taking to the platform to take swipes at political rivals, announce impromptu summits with North Korean leader Kim Jong Un or trade tariffs on China that have sent markets worldwide into a tailspin.

But it has also come in for criticism, with its CEO Jack Dorsey admitting to U.S. lawmakers last year that Twitter had been "unprepared and ill-equipped" for the vast campaigns of manipulation that affected social media.

In August hackers briefly took over Dorsey's account and posted a series of racist and offensive tweets.