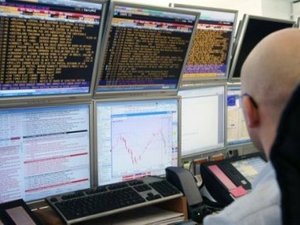 The eurozone economy plunged back into crisis on Friday as France and Austria were stripped of their triple-A credit ratings and talks to agree a Greek debt write-down collapsed.

The euro plunged to 16-month lows against the dollar on what proved a grim Friday 13th for EU policy makers, and in particular for France's President Nicolas Sarkozy.

In Brussels, EU government sources told Agence France Presse Standard and Poor's had warned the bloc that France and Austria would be downgraded by one notch to AA+, while Germany, Luxembourg, Finland and the Netherlands would be spared.

S&P had put 15 of the bloc's members on warning that it was reviewing their rankings in the light of the debt crisis. Other non-triple-A powers were also facing a threat of further downgrades but there was no immediate confirmation.

"It's not good news, but it's not a catastrophe," French Finance Minister Francois Baroin said as he confirmed France's downgrade.

"It's not ratings agencies that decide French policy," Baroin added on the France 2 public network after crisis talks with Sarkozy.

The S&P decisions, which the ratings agency was to officially announce later Friday, could also have a negative impact on the eurozone's debt bailout fund, which relies on the credibility of the six top-rated nations.

A downgrade of the European Financial Stability Facility would be expected to increase its borrowing costs, making it more expensive for the EFSF to raise funds on the markets used to provide bailouts.

"A French downgrade would cut the Eurozone's lending capacity by hundreds of billions of dollars, and significantly increase the probability that Greece will face a messy default on its debt," said analyst Veronique de Rugy.

"This in turn, could have serious consequences for the very existence of the eurozone," added the fellow from George Mason University near Washington DC.

The downgrade could also force France's borrowing costs up at a time when it has already been forced to implement a package of austerity measures to control its deficit.

Sarkozy -- who hosted crisis talks with his top economics ministers at the Elysee -- faces a tough re-election battle in less than 100 days and reportedly told allies last month: "If we lose the triple-A, I'm dead."

Socialist lawmaker Jean-Marie Le Guen branded the loss of the triple-A "a triple failure for Sarkozy", amid charges from the left that the president's tax cuts had left France more exposed than its neighbors.

The single currency fell back to $1.2638, a 16-month low, before staging a slight comeback. Europe's main stock markets were all slightly down at the close with London's FTSE 100 losing 0.46 percent, Frankfurt's DAX sliding 0.58 percent and in Paris the CAC 40 shedding 0.11 percent.

And there was further bad news from debt-wracked eurozone minnow Greece, when a group representing major private lenders said they had failed to reach an agreement to slash its debt burden.

Talks on a Greek write-down have "not produced a constructive consolidated response by all parties," the Institute of International Finance said.

The proposed deal would have seen banks taking a 50-percent "haircut" on Greek debt, which would remove about 100 billion euros ($127 billion) from Athens' massive burden and avoid a full-blown default.

"Under the circumstances, discussions with Greece and the official sector are paused for reflection on the benefits of a voluntary approach," the IIF said, in a statement issued in Washington.

"There is extreme tension," a source in Athens confirmed to AFP. "All parties involved in this crucial negotiation ought to be aware of this very grave condition and assume their responsibilities to avoid the worst."

European shares and the euro had been climbing before reports began.

Spreadex trader Simon Furlong described the downgrades as "a devastating blow for European leaders ahead of the European summit."

European leaders are due to meet in Brussels on January 30 to nail down details of a fiscal pact designed to reassure bond markets that their deficit reduction plans are on course and their debts safe.

In Berlin, German Chancellor Angela Merkel's spokesman said she would host the leaders of Portugal, Sweden and Austria next week for informal talks on the eurozone debt crisis and fiscal integration.

Borrowing by Spain's struggling banks from the European Central Bank hit a 17-month high in December as it offered cheap long-term loans to the eurozone, the Bank of Spain said.