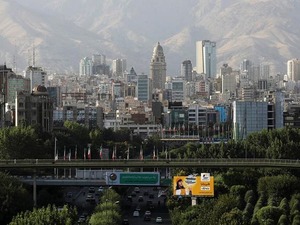 An Iranian student detained in Australia for 13 months on accusations of circumventing US sanctions on military equipment has returned to Tehran after being released, state television reported Saturday.

The news came shortly after Canberra said an Australian couple held in Iran on spying charges had flown home.

Reza Dehbashi, a PhD student at the University of Queensland in Brisbane, had been arrested on allegations of "attempting to purchase and transfer advanced American military radar equipment via Dubai to Iran", the television's website said.

"Australia's legal system intended to extradite Mr. Dehbashi to America, but he was eventually released" as Iran's foreign ministry had "resolved" the issue, it added.

State television showed footage of what it said was Dehbashi arriving at Tehran's Imam Khomeini International Airport and hugging a tearful woman apparently from his family.

It said Dehbashi had been working on a "skin cancer detection device" at the time of his arrest and that he had dismissed the charges as "a misunderstanding" and "unfair".

News of his return came hours after Canberra said an Australian travel-blogging couple had flown home after being released by the Islamic republic.

According to Iran's judiciary, Perth-based Jolie King and Mark Firkin were alleged to have used a drone to take pictures of "military sites and forbidden areas".

Australian Foreign Minister Marise Payne said the pair had been reunited with their family in Australia following "very sensitive negotiations" with Iran.