Unilever to Halve Use of New Plastic 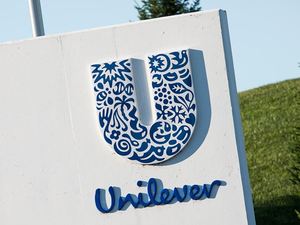 Anglo-Dutch commercial giant Unilever said Monday it will cut its use of new plastic by half by 2025 as pressure grows on multinational companies to do more for the environment.

The firm, which owns brands including Dove soap, Ben and Jerry's ice cream and Marmite, would cut annual use from the current 700,000 tonnes of a year to no more than 350,000 tonnes.

"Plastic has its place, but that place is not in the environment. We can only eliminate plastic waste by acting fast and taking radical action at all points in the plastic cycle," Unilever chief executive Alan Jope said in a statement.

Jope told the BBC that the company was also trying to remain relevant with younger, more environmentally-minded consumers.

"We do believe in trying to remain relevant for younger groups of consumers, and we know that millennials and Gen-Zennials, the next wave, really care about purpose and sustainability, and the conduct of the companies brands that they're buying," he told the broadcaster.

Of the 350,000 tonnes of "virgin plastic" Unilever will cut, it said 100,000 tonnes will come from an outright reduction in the use of plastic packaging, for example by making reusable or refillable packs, using alternative packaging or "naked products" that use none at all.

The other 250,000 of the reduction will come from using recycled plastics.

The firm said it would also "help collect and process more plastic packaging than it sells".

Unilever said it was the "first major global consumer goods company to commit to an absolute plastics reduction."

In September 19 companies including Unilever, Nestle, Google and L’Oreal announced a "coalition" to protect biodiversity at the U.N. climate summit in New York.

The world produces more than 300 million tonnes of plastics annually, the UN says, with much of it ending up in the oceans.