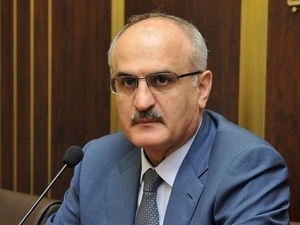 Amid concerns the government might be unable to finish studying the 2020 state budget before a mid of October deadline, Finance Minister Ali Hassan Khalil said its completion proves the government has kept a pledge to the international community, al-Joumhouria daily reported on Wednesday.

“The budget must be referred to the Parliament before October 15. It is crucial that the government’s work focuses in that direction. It is also important that the ministers facilitate that mission,” said Khalil in remarks to the daily.

He added: “Completing the budget within the constitutional deadline gives positive signals, at home and abroad, that the government is continuing its work, and that it is able to make a decision and keep the pledges it made to forward the budget to the Parliament before October 15.”

In August, parliament passed the 2019 budget, which is expected to trim Lebanon's deficit to 7.59 percent of gross domestic product -- a nearly 4-point drop from the previous year.

Growth in Lebanon has plummeted in the wake of repeated political deadlocks in recent years, compounded by the 2011 breakout of civil war in neighbouring Syria.

The country's public debt stands at more than 86 billion dollars, or higher than 150 percent of GDP, according to the finance ministry.

Eighty percent of that debt is owed to Lebanon's central bank and local banks.

In September, Fitch and S&P agency downgraded the Mediterranean country's credit rating as "a reminder of the importance of reducing the deficit and adopting reforms".

Lebanon has promised donors to slash public spending as part of reforms to unlock $11 billion in aid pledged at a conference in Paris last year.

Why dont they just name the ministers holding it up?