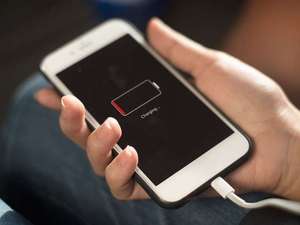 They are omnipresent and essential to navigating modern life. Small, light, rechargeable: lithium ion batteries have revolutionized our world in less than three decades.

On Wednesday, John Goodenough, Stanley Whittingham and Akira Yoshino, the inventors of a technology taken for granted by most, got the most prestigious chemistry nod of all: a Nobel Prize.

"They created a rechargeable world," stated the Royal Swedish Academy of Sciences, which awards the accolade.

"Over two thirds of the world's population own a mobile device be it a smartphone, a laptop or tablet, and nearly all powered by rechargeable lithium-ion batteries. They are the hidden workhorses of the mobile era," Paul Coxon of the University of Cambridge's Department of Materials Science and Metallurgy told AFP.

They have considerably boosted human mobility, and allowed millions in developing countries to access information and services online with just a mobile phone.

Furthermore, they can be used in combination with renewable but fluctuating energy sources such as the Sun or wind, capturing and storing energy to be re-used later.

For Coxon, the lithium ion battery is a worthy Nobel recipient as it plays to the very origins of the prestigious prize.

"The practical application of science for the benefit of humanity; fundamental science placed directly into your hand," he said. "I am literally holding a phone in my hand right now."

Unlike their predecessor, lead acid batteries developed in the mid-19th century, li-ion batteries are rechargeable.

They are smaller, lighter, longer lasting and can be made to be more powerful.

Electric car batteries "no longer weigh two tonnes but 300 kilograms (660 pounds)," said Sara Snogerup Linse, a professor in physical chemistry and a member of the Nobel Committee for Chemistry.

When a battery is connected to a circuit, charged ions move inside the battery, usually in a chemical solution, between two electrodes -- an anode and a cathode.

Chemical reactions take place at each of the electrodes, creating a buildup of electrons on one end. The electrons seek to rebalance, but cannot move through the battery, forcing them to travel through the circuit, giving off electric energy.

The positive electrode is made from a composite of lithium -- the lightest metal known to man and the key to the design's success, according to Olof Ramstroem, a fellow committee member.

"Lithium has such enormously attractive properties and that means you can get a very lightweight battery that is small with high power and efficiency," he said after Wednesday's announcement in Stockholm.

"Lithium is very reactive... which is what we need -- we need the electrons from the lithium. This is all about trying to tame that and get it into that small battery package that is really useful to us."

An article published in the journal Nature last July warned that reserves of raw materials used in lithium ion batteries such as cobalt and nickel, are scarce and expensive and fast running out.

Lithium is found in a range of minerals and in salt or brine, while production of the electrodes require rare metals such as cobalt and nickel.

"We could not necessarily have predicted 40 or 50 years ago that tantalum, indium, all these interesting elements would become very important," said Coxon, pointing to environmental harms and stresses on infrastructure in places where the minerals are found -- especially in South America.

"It places pressure on how we ethically source these."

Large quantities of spent lithium ion battery components end up in landfills, he added. They are frequently shipped off to recycling facilities, often in developing countries, where they are stripped to their base parts and the reusable bits recycled.

"It is a very important environmental challenge," said Coxon.

Added Maeva Philippot, an electrical engineering researcher at the Vrije Universiteit Brussels: "Recycling will become more important as we have more and more batteries reaching the end of their lives."

Scientists and engineers around the world are working to make li-ion batteries even smaller, longer lasting, quicker to charge and less volatile.

They are known to overheat and sometimes even explode, and are relatively expensive to produce, particularly due to the high cost of nickel and cobalt.

"There are new chemistries that are coming that will allow us to make even smaller batteries," said Philippot.

As for recycling: "Europe is making a new directive for batteries at the end of their lives and how they could be recycled and reused in other devices.

"For instance, electric vehicle batteries could be used at home to store energy at home and be charged by solar panels. There are many projects looking at the 'second life' or re-use of batteries."