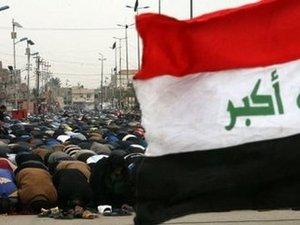 Maliki's comments to then-U.S. ambassador to Baghdad Christopher Hill came in the midst of a year-long diplomatic row with Damascus that prompted both Iraq and Syria to withdraw their respective ambassadors, while U.S. officials have long alleged that Iran backs militia groups operating inside Iraq.

"Iran and Syria have both been providing weapons -- including "Strela" (SA-7B) shoulder-fired anti-aircraft missiles -- to insurgent groups within Iraq," Maliki told Hill in a September 22, 2009 meeting, read the cable published on Wednesday by whistleblower website WikiLeaks.

"Five members of the Sadrist-affiliated Promise Day Brigade (also linked to the Iranian al-Quds force) were captured recently attempting to smuggle such missiles in the false floor of a Toyota Land Cruiser, Maliki alleged."

The Sadrist movement is the political grouping loyal to radical Shiite cleric Moqtada al-Sadr, whose former militia arm, the Mahdi Army, held violent clashes with U.S. forces in the aftermath of the U.S.-led invasion to oust Saddam Hussein in 2003. They were eventually routed by U.S. and Iraqi forces in 2008.

The document, classified by then acting embassy deputy chief of mission Gary Grappo, said Maliki "hoped each would receive a death sentence."

Maliki's remarks, meanwhile, came in the midst of a major diplomatic row with Syria which only ended in September 2010 when the two countries agreed to restore their respective envoys.

The neighbors' tit-for-tat recall of envoys on August 25, 2009 came six days after massive truck bombings against the ministries of finance and foreign affairs in Baghdad left 95 dead and around 600 wounded, the worst day of violence in Iraq in 18 months.