Union of Bakery Owners to Hold a Strike Against ‘Unmet’ Pledges 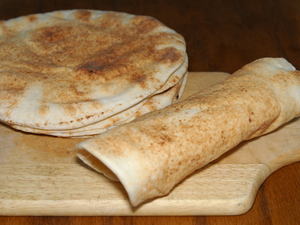 The Union of Bakery owners announced a strike Monday "if no positive developments take a place."

Head of the Union, Kazim Ibrahim said: “We don’t mean to starve the people,” pointing out that baker owners are selling their merchandise in Lebanese pounds but pay retail wheat merchants in dollars.

Ibrahim’s remarks came during the Union meeting that protested the government's unmet pledges to facilitate access to dollars for importers of petroleum products, wheat and medicine.

Lebanon's central bank issued guarantees earlier in October to secure U.S. dollars for local banks at the fixed official rate that would cover imports of fuel, wheat and medicine, a move aimed at easing the demand for dollars amid a worsening economic crisis.

The central bank said the imports of gasoline, wheat and medicine it would secure hard currency for are "only for local consumption." The move will cover only imports into Lebanon amid reports that gasoline and wheat are being smuggled to neighboring war-torn Syria, which is under U.S. and European sanctions.

Last week, $1 could be purchased for 1,650 Lebanese pounds at exchange shops, after the currency had been stable at 1,500 to the dollar since 1997. Although the official price is still pegged at 1,500 pounds to the dollar, people find it difficult to get hard currency at this rate from local banks.

Solution for the Dollar Crisis: Putting SOSeah wearing a Bikini, and making Saad H. Paying 16 millions dollars to spare him from that view