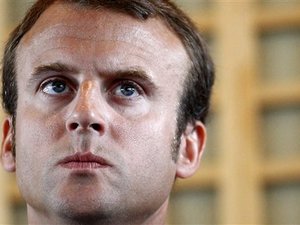 French President Emmanuel Macron on Thursday warned Britain that Brexit was a "British domestic crisis" and it would have to take responsibility for how it leaves the European Union.

"Brexit is a British domestic crisis, not a European one," Macron said, adding that what was important now was to finalize negotiations and see if there was "something that I hope could fly."

But he added: "At the very end this is a British responsibility," on whether it leaves the EU with or without a deal or even cancels the Brexit process outright.

Macron said it was time to resolve the issue as "we have already spent a lot of time" on discussing Brexit and the priority now was to discuss Britain's future relationship with the EU.

"We have to prepare the future," he said, speaking in English in the French city of Lyon.

Time is running out to sign off on any agreement at an October 17-18 EU summit, ahead of Britain's scheduled departure from the bloc at the end of the month after nearly five decades of membership.