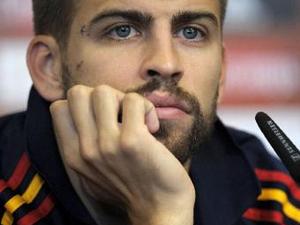 Pique's Kosmos Global Holding Group, the company he co-founded in 2017, reportedly held talks with County, who are the world's oldest professional football club.

The approach was unsuccessful as County's financial problems forced them to accept an offer from Danish brothers Alexander and Christoffer Reedtz at the end of July.

County sit seventh in the National League, the fifth tier of English football, after suffering two relegations in the last five years, the second ending their 157-year stay in the Football League.

Pique launched Kosmos, a sports, media and entertainment company, with Hiroshi Mikitani, the founder of Japanese e-commerce firm Rakuten, who are currently the main shirt sponsor of Barcelona.

Kosmos have already bought FC Andorra, who were promoted last season and are currently top of Segunda Division B's Group 3. They play in the same league as Barcelona B.

Pique has also made a significant impact in tennis, after Kosmos took over the Davis Cup last year. They have overseen a controversial revamp of the 119-year-old event, which will hold its finals next month in Madrid.