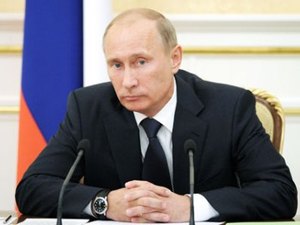 Russian President Vladimir Putin said Friday that Turkey's military operation in Syria could lead to the revival of the Islamic State group in the region.

Putin said Kurds who were guarding thousands of imprisoned IS fighters are now fleeing.

"I'm not sure whether the Turkish army will be able to take this under control -- and how soon," Putin said in televised remarks on a visit to Turkmenistan. "This is a real threat to us."