S&P Says Eurozone Breakup Not a Key Factor in Downgrades 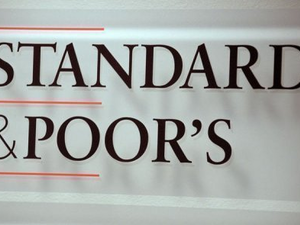 The possibility of a break-up of the Eurozone was not a key factor in a series of ratings changes and downgrades of bloc members, including top rated France, Standard and Poor's said Saturday.

Asked at a conference call whether a Eurozone break-up had been considered in the decisions announced Friday, S&P Europe sovereign ratings head Moritz Kraemer said it was "not a driving factor in any of our rating positions."

Kraemer did not elaborate on the issue which has been a growing concern as the debt crisis, sparked by Greece in early 2010, has unfolded to claim Ireland and Portugal as victims and threaten Italy and Spain.

He noted however with concern the suspension of talks Friday between Athens and its private sector bank creditors on a write down of the Greek government debt they hold, a key element in a second bailout of the country which many fear could default as early as March without fresh help.