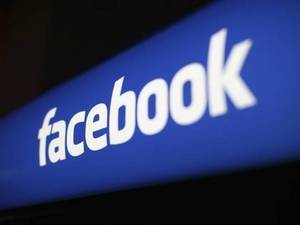 A "tsunami" of political disinformation is pounding Facebook users with the US presidential election still a year away, online activist network Avaaz said in a report released on Wednesday.

An analysis by the NGO of the top 100 bogus news stories about US politics that went viral on Facebook in the 10 months ending October 31 showed that politically tinged false news got more than 158 million views.

That number of views was enough to reach every US voter at least once if evenly spread across the electorate, according to Avaaz, whose areas of activism include human rights and climate change.

"These findings can only be seen as the tip of the iceberg of disinformation ahead of the US 2020 elections," Avaaz said in the report.

Avaaz only looked at stories that were fact-checked and debunked by reputable fact-checking organizations.

The NGO called for further analysis of misinformation spreading on Facebook, YouTube, Twitter, Instagram and WhatsApp to expose "what lies below the surface of this tidal wave approaching the horizon of the US 2020 elections."

Avaaz called for Facebook and all other social media platforms to implement a "Correct the Record" process in which independent fact-checkers make sure users exposed to false information are notified and offered corrections.

"The most effective solution to this threat that does not undermine our free speech is to notify users when they've been targeted with viral lies and work with independent fact-checkers to correct the record."

Democrats and liberals were twice as likely as Republicans or conservatives to be targets of bogus news reports, according to Avaaz findings.

Facebook has been investing heavily to prevent its platform from being used to deceptively sway elections or spread false information after the social network was used to sow division among US voters in 2016.

Facebook said it currently has 40 teams that focus on elections in order to increase transparency, reduce disinformation and harmful content, as well as remove inaccurate voting information or any content that violates community standards, such as hate messages.

Facebook has been under mounting pressure to improve how its spots meddling and misinformation, as well as to scrutinize political advertisements.

In a global initiative set to start in mid-November, the social network will step up a system that makes clear when information comes from state-controlled media outlets.

"Our investigation shows that Facebook's measures have largely failed to reduce the spread of viral disinformation on the platform," Avaaz said.

"Without immediate and decisive action, we expect the US 2020 elections to be, once again, severely impacted by disinformation."