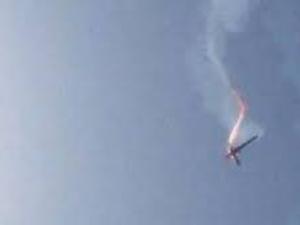 Iran shot down an unidentified drone near the port of Bandar-e Mahshahr on the Gulf coast on Friday, Iranian media reported, four and a half months after the downing of a US drone nearly triggered air strikes.

The army downed the unmanned aircraft over Khuzestan province before dawn using a Mersad surface-to-air missile, said the Tasnim news agency, which is close to Iran's ultra-conservatives.

Citing provincial governor Gholamreza Shariati, it reported that the army had located the wreckage of the drone in a marshy area and opened an inquiry into the incident.

It later said the drone could have been an Iranian model downed during nighttime exercises to test missile systems.

The accidential crash of an Iranian drone in the same province on October 23 prompted newspaper reports that an unidentified foreign aircraft had been shot down.

The conservative Fars news agency later revealed that the drone was Iranian and had been forced to make an emergency landing.

Trump in June authorised a military strike after Iran shot down a US drone, only to call off the retaliation at the last moment.

Washington insists the aircraft was in international airspace, but Iran says it was over its territorial waters.

Yemen's Iran-backed Huthi rebels claimed responsibility, but the US says the attacks involved cruise missiles from Iran and amounted to "an act of war".

Washington has responded with a military build-up in the Gulf and has launched an operation with its allies to protect navigation in Gulf waters.

Since May, the United States has increased its 70,000-strong presence in the Middle East by 14,000 personnel, according to Pentagon figures, most of them deployed to the Gulf region.