LVMH Does Not Rule Out Raising Tiffany Bid 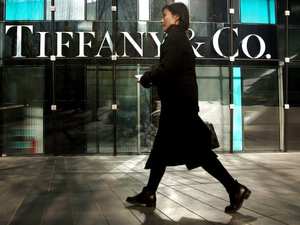 French luxury giant LVMH has not ruled out raising its initial $14.5-billion offer to take over U.S. jewelers Tiffany, sources close to the deal told AFP on Friday.

The two groups resumed talks this week after Tiffany's board asked LVMH to reconsider its bid, which the sources said Tiffany believed was too low.