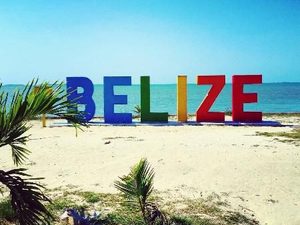 The EU removed the Central American country of Belize from its blacklist of tax havens on Friday, a statement said.

Belize, whose head of state is Britain's Queen Elizabeth II, is now on the EU's so-called grey list of countries deemed as having inadequate tax rules, but actively committed to reforming them.

"Belize has passed the necessary reforms to improve its tax regime for international business companies that was due to be implemented by end 2018," said the statement from the EU's 28 member states.

The EU also said that the Balkan country of North Macedonia, which is seeking to join the EU, had been removed from the grey list as it was now "compliant with commitments" on tax cooperation.

The moves leave only eight countries or territories considered to be uncooperative on the list: American Samoa, Fiji, Guam, Oman, Samoa, Trinidad and Tobago, the United States Virgin Islands and Vanuatu.

The 28 EU finance ministers drew up the lists -- after several scandals including the Panama Papers and LuxLeaks affairs -- in the hope of "naming and shaming" countries into better combating tax evasion by multinationals and wealthy individuals.

Blacklisted countries face only limited sanctions, consisting of freezing them out of European aid or development funding.