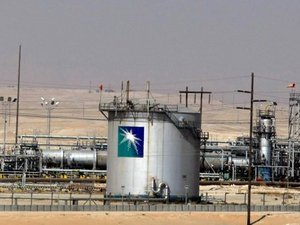 The project, named Yasref, aims to be operational in 2014, SPA reported.

Saudi Aramco will hold a 62.5 percent stake with Sinopec holding the balance in the venture that highlights China's growing role as an infrastructure developer in the oil rich kingdom.

The deal "represents a strategic partnership in the refining industry between one of the main energy producers in Saudi Arabia and one of the world's most important consumers," said Aramco president and CEO Khalid al-Falih.

The announcement comes as Chinese Premier Wen Jiabao headed to the Middle East on a trip to key oil-producing nations -- with Saudi Arabia as his first stop -- as rising tensions over Iran's nuclear program spark fears of major oil supply disruptions.

The kingdom is China's top oil provider, while Iran its third largest supplier.

Qatar and the United Arab Emirates, where Wen will also visit, are both major oil-producing states but do not figure among the top 10 exporters to China.

China -- under pressure to secure the energy supplies it needs to keep its economy going -- imported 232 million tons of crude oil in the first 11 months of last year, a 6.1 percent rise from the same period in 2010, according to customs data.