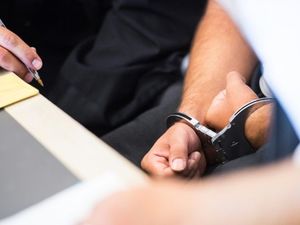 Qatar is over-using detention to punish those accused of non-violent crimes like adultery, defaulting on debt, falling pregnant out of wedlock and even sorcery, independent U.N. experts said on Thursday.

The mission visited 12 sites over 10 days, including police stations, juvenile holding, the central prison, a psychiatric hospital, and immigration detention.

"The working group was seriously concerned over the range of non-violent acts that are criminalized," said group member Elina Steinerte, a Latvian human rights expert.

Such offences include absconding from an employer, disobeying parents, alcohol consumption, substance abuse, sorcery, and sex outside of marriage, the group said.

They found several cases of individuals detained for same-sex relations and of women who became pregnant out of wedlock -- both crimes under Qatar's Islamic legal system.

"Detention should be an exceptional measure," Steinerte said at a briefing in Doha.

Although the working group was barred from visiting a state security detention site and unable to speak to several absent or unavailable officials, it praised Qatar for allowing it some access.

"For 20 years we've been knocking on the doors of Qatar's neighbors.... we knocked once and the door was flung open -- we don't always get such access in Europe," she said.

The mission, however, was unable to determine the exact size of Qatar's detainee population because of conflicting data.

"There is an urgent need for a paradigm shift in Qatar to guarantee the right of every individual to personal liberty," the group said in a statement.

U.N. experts are independent and do not speak for the world body, but their findings can be used to inform the work of U.N. organizations, including the rights council.

The working group, made up of Leigh Toomey and Roland Adjovi, along with Steinerte, will present its final report on the visit to the U.N. Human Rights Council in September 2020.

The Gulf country has previously faced criticism for inadequate legal protections afforded to hundreds of thousands of citizens from developing countries working on projects ahead of the 2022 World Cup.

The experts said they received "credible reports" of employers confiscating migrant laborers' passports or falsely alleging workers had absconded, after which they would automatically be detained for the duration of the investigation.

They also said that detaining individuals with bad debts, such as bounced checks, was arbitrary detention and called for the law to be revised.