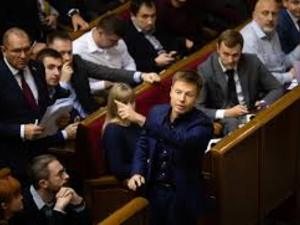 Ukrainian lawmakers on Thursday approved an increase in defense spending that will mark a new record, as President Volodymr Zelensky vows to end the country's long conflict with Russian-backed separatists.

Approving the country's 2020 budget, lawmakers voted for a 16 percent increase in both defense and security spending, bringing it to nearly $10 billion, or 5.45 percent of gross domestic product.

Prime Minister Oleksiy Goncharuk has said the main priority will be purchases of weapons and military equipment needed to fight the separatists.

Backed by Moscow, the rebels seized control of parts of eastern Ukraine five years ago in a conflict that has claimed some 13,000 lives.

Zelensky, a comedian-turned-politician who shocked observers by winning this year's presidential election, has said ending the conflict is his top aim.

He said this month that next year's defense budget would be the largest in Ukrainian history, adding: "We are proud of it, we support our military."

Ukraine's economy has been hit hard by the conflict and the country has struggled to keep up with arms purchases.

It is also reliant on foreign military help, including aid from the United States that was temporarily frozen this summer in a move now the subject of an impeachment probe into U.S. President Donald Trump.

Ukraine's overall budget for 2020 set an economic growth target of 3.7 percent. It also set a deficit of 2.09 percent -- in line with requirements for the International Monetary Fund to approve a new loan deal.

An IMF mission arrived in Kiev on Thursday to continue discussions with authorities on the loan package. The fund has not released any money to Ukraine since a $1.4 billion tranche in December 2018.