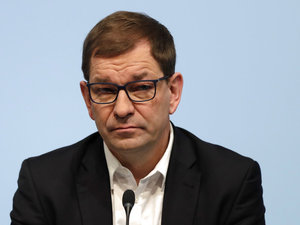 The former BMW purchasing chief and engineer will head Audi from April, hoping to secure a turnaround at the struggling manufacturer -- long one of the VW group's flagships.

Duesmann, 50, "will do everything in his power to leverage the full potential of the Audi brand", VW chief executive Herbert Diess said in a statement.

On top of leading Audi, the new boss's role on the board will include overseeing research and development across the VW group, taking over the portfolio from Diess.

It suffered more than other German manufacturers from the introduction last year of the new WLTP emissions testing standards in the European Union, which created bottlenecks in production.

Audi has also ramped up spending on new technologies, including battery-electric and hybrid vehicles, connectivity and autonomous driving.

Group-wide, VW plans to spend some 60 billion euros ($66 billion) on research into such future technologies by 2024, it announced separately Friday, with 75 electric and 60 hybrid vehicles planned in the next decade.

With the global auto market slowing, Audi recently slashed the night shift in two of its factories, without letting any of its employees go.

And the firm also had to pay last year an 800-million-euro fine over its role in the "dieselgate" emissions cheating scandal that has dogged VW since 2015.

Its engineers are suspected of having helped developed software used to make cars emit less pollutants under lab testing conditions than on the road.