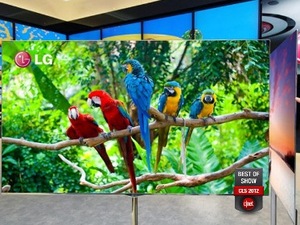 South Korean appliance giant LG Electronics replaced its CEO and a raft of other top leaders Thursday after net profits slumped more than 30 percent in the third quarter and its smartphone division struggles.

The company is South Korea's second-largest electronics firm after Samsung, producing a range of products, from mobile phones to televisions and home appliances including air conditioners, washers and refrigerators.

CEO Jo Seong-jin, dubbed a "washing machine genius", was appointed in December 2016, and is respected in South Korea for his unlikely journey to the top without a college degree in the education-driven country.

But he has struggled to turn around the failing smartphone division, which last month announced its 18th consecutive quarter of losses.

As a whole LG Electronics' net profits plummeted 30.5 percent in the July-September period from a year earlier.

Jo's term as vice-chairman was extended for three years in March 2018, but LG said Thursday he was being replaced as CEO by Brian Kwon, 56, with effect from Sunday.

It also changed its chief financial officer and created a new post of chief strategy officer, while changing the presidents of its home entertainment and mobile communications units.

"We have judged we need a fast decision making process... rather than stick with management style drawn from past successes," the company said in a statement.

Insisting the change was amicable, LG said Jo had resigned and released a picture of him and his successor smiling and hugging each other.

Kwon, a graduate of top Seoul National University with a major in industrial engineering, has been with the firm for 32 years and has "in-depth experiences and skills" in areas including big data, artificial intelligence and cloud technologies, the company said.