End of an Era as Japan's Panasonic Exits Chip Business 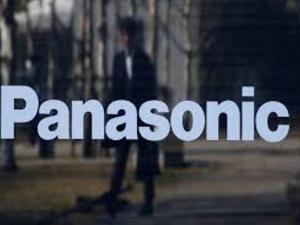 Japanese electronics giant Panasonic said Thursday it was exiting the semiconductor business, selling its loss-making subsidiary to a Taiwanese firm as it struggles with intense competition from China and South Korea.

It marks the end for a once iconic Japanese business, with Panasonic seen as a global chipmaking powerhouse in the 1980s and 1990s.

The Japanese conglomerate said it was offloading its subsidiary Panasonic Semiconductors Solutions to Taiwan's Nuvoton, with the sale scheduled to take place in June. A spokeswoman for the firm told AFP Panasonic would receive $250 million.

The firm said it was the "best way" in the face of "extremely intense competition with rival firms' business expansion and massive investment."

The unit logged an operating loss of 23.5 billion yen ($215 million) for the fiscal year ended in March, according to the Nikkei business daily.

Panasonic as a whole forecast a 27-percent drop in operating profit to 300 billion yen this fiscal year to March 2020.

However, traders cheered the news, with shares in the firm closing up 2.82 percent at 1,009 yen.

Only last week, Panasonic said it would end its production of liquid crystal display panels by 2021, again in the face of Chinese and South Korean manufacturers dominating the global market.