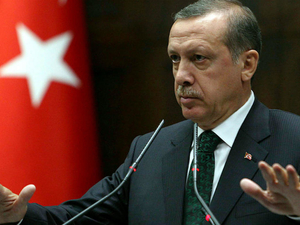 The Turkish parliament will in January vote on a motion to send troops to Libya to support the UN-backed government in Tripoli, President Recep Tayyip Erdogan said Thursday.

"We will present the motion to send troops (to Libya) as soon as parliament resumes" on January 7, Erdogan said in a speech in Ankara.

"God willing, we will pass it in parliament on January 8-9 and thus respond to an invitation" from the Tripoli-based Government of National Accord (GNA), he said.

Erdogan's comments come after the Turkish parliament on Saturday ratified a security and military cooperation deal with the government of Fayez al-Sarraj.

But a separate motion is needed to send boots on the grounds.

Erdogan on Wednesday paid an unannounced visit to Tunisia with his defence minister and spy chief to discuss ways of reaching a ceasefire in Libya.

Erdogan has in recent weeks vowed to increase military support to the GNA if needed as it battles Haftar, who launched an offensive in April to seize the capital.

Turkey and Qatar back the GNA, while Haftar has received support from Egypt, the United Arab Emirates and Russia -- all of whom have tense relations with Turkey.

Moscow last month denied reports in the New York Times that it had sent had mercenaries to fight on Haftar's side, while the UN has also accused the strongman's forces of recruiting fighters from Sudan.

"They are helping a warlord. We are responding to an invitation from the legitimate government of Libya," Erdogan said Thursday. "That is our difference."

May you drop dead soon