Oil Above $99 in Asia Amid Middle East Jitters 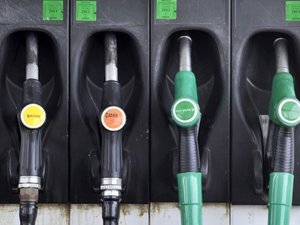 Oil prices edged above $99 a barrel in Asia on Monday amid concerns that tensions in the Middle East could hurt crude supply but gains were tempered by jitters over Europe's ratings downgrade.

Benchmark crude for February delivery was up 48 cents to $99.16 a barrel at late afternoon Kuala Lumpur time in electronic trading on the New York Mercantile Exchange. The contract fell 40 cents to settle at $98.70 in New York on Friday.

Natalie Robertson, commodities analyst with ANZ Banking Group in Melbourne, said fears of supply disruption amid ongoing tension over Iran's nuclear program and a crippling nationwide strike in Nigeria supported crude prices but trade was subdued by headwinds from the declining debt crisis in Europe.

"The oil market is a bit mixed at the moment given all the uncertainties coming out of the Middle East as well as escalating issues in Europe," she said.

Standard & Poor's downgraded the government debt of nine countries that use the euro including France, Austria, Italy and Spain, making it harder for the European Union to raise funds to overcome massive debts. Germany's rating remained at the coveted AAA level.

Robertson said there was a downward bias for crude prices given soft demand and weak sentiment in Europe but forecast a floor of $95 a barrel before sentiment improves in the second half of the year.