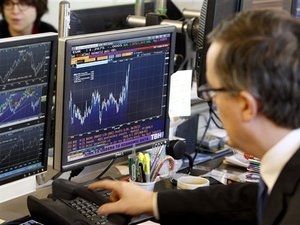 France's budget minister is optimistic that a downgrade of her country's credit rating won't lead to a rise in the country's borrowing costs.

Valerie Pecresse spoke before the French Treasury is set to sell off short-term bills in an auction Monday, which is seen as a test of the impact of the downgrade.

Pecresse said on Europe-1 radio that she doesn't expect "mechanical consequences" of the downgrade because France has "credibility" and is a "sure value."

She noted that the United States didn't see its borrowing costs spike after last August's decision by Standard & Poor's to strip it of its AAA rating. Like France, the U.S. is rated AA+.