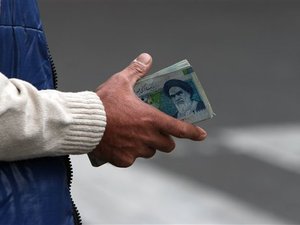 The deputy governor of Iran's central bank says trading in foreign currency outside of banks or licensed money changing operations is forbidden.

The announcement by Ehrahim Darvish on state radio Monday marks the latest step by the government to curb the steep depreciation pressures on the Iranian rial, which has shed roughly 40 percent of its value against the dollar since December 2010.