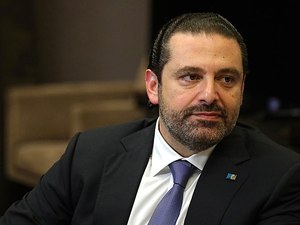 Caretaker Prime Minister Saad Hariri presided over a meeting for al-Mustaqbal parliamentary bloc on Tuesday afternoon, shortly after he returned to Lebanon from a vacation abroad that involved offering condolences in Oman over Sultan Qaboos’ death.

A statement issued by Hariri’s office said the meeting was tackling “the latest developments and the general situations.”

Hariri had visited Muscat earlier in the day where he was received by the new Sultan at al-Alam Palace.

Sultan Qaboos, 79, passed away on Friday and the new royal ruler Haitham bin Tariq was selected and sworn in.

He was on vacation.... but he paid his hommage to the late sultan qaboos.

Did he pass by Johannesburg by any chance ?

Yes he did! We have a bond not many would understand.

Future movement mebers and supporters surely should be embarrassed