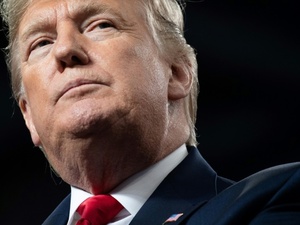 US President Donald Trump arrived in Davos on Tuesday for the annual economic forum, where he was to give a speech just hours before his impeachment trial kicks into high gear in Washington.

Trump's Marine One helicopter touched down in the picturesque Swiss ski resort shortly ahead of his scheduled speech to the World Economic Forum, which this year is focusing on climate change.

He was also due to meet the president of Iraq, Pakistan's prime minister and the head of the European Union executive body.