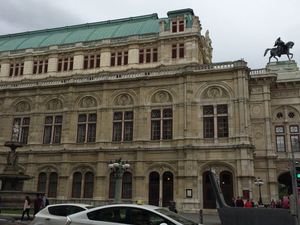 If you take public transport, cycle or walk in Vienna, you stand to gain more than fresh air and exercise, with the city unveiling an app on Monday to reward car-free travel with free concert and museum tickets.

A total of 1,000 users will start a test of the smartphone app from February 26.

If the six-month test is successful, the app is expected to be rolled out to the broader public in the autumn.

The app works through a tracking system that recognizes the mode of transport used and calculates the CO2 savings in comparison to taking a car.

"We want to reward CO2 reduction with a cultural experience," Vienna city council member Peter Hanke told a press conference at the presentation of the new app, which allows users to collect "culture tokens" whenever they commute without cars.

Users get one token as soon as they have saved 20 kilograms of CO2, which would be reached if a average resident within the city limits commuted without a car for two weeks, according to project leader Christina Hubin.

The tokens can be exchanged for free tickets at four participating cultural institutions.

The Vienna Museum of the city's history, an art exhibition space, a theater and a classical concert venue are taking part.

In the initial test phase the participating institutions will not be compensated.

Vienna, with its 1.8 million inhabitants, is known for its efficient public transport.

Annual travel cards for public transport cost just one euro per day and now outnumber cars in the city.

Under a newly formed coalition government between the conservative People's Party (OeVP) and the Greens, Austria aims to be climate neutral by 2040, a decade ahead of the EU's target.