OECD Warns of 'Concerns' over U.S. Move on Digital Tax 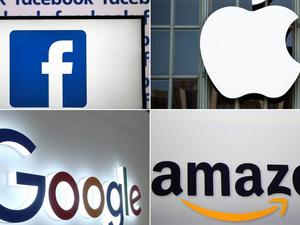 An alternative proposal by Washington on how to tax digital giants worldwide has been met with "concern" by several nations, the OECD group of free-market economies said Friday.

The push for a so-called "safe harbor" option would essentially render compliance optional, analysts say, and jeopardize the chances of reaching a comprehensive deal by the end of this year.

"The safe harbor (mechanism) would mean that the companies would elect to be in the system or not," Pascal Saint-Amans, the OECD official overseeing the talks, told journalists after the latest talks this week by 137 nations negotiating the new accord.

"A large number of countries" came out against the plan, he added, declining to identify them by name.

The digital tax has emerged as a key bone of contention between the US and France in particular, after Paris imposed its own tax on US digital giants such as Google, Amazon, Facebook and Apple last year.

Washington has slammed the move as discriminatory, but both sides agreed this month to pursue a global framework under the aegis of the OECD, with Paris suspending its collection of the tax until December 2020.

"An optional solution would clearly not be acceptable to France or its OECD partners," French Finance Minister Bruno Le Maire warned after the plan was unveiled.

"There is no consensus," Saint-Amans said.

The dispute could also worsen a broad trans-Atlantic trade battle, with U.S. President Donald Trump threatening new tariffs on French wines, cosmetics and luxury leather handbags if France pushes ahead with its tax.

The next deadline facing the OECD negotiators is early July, when the 137 participating nations are to meet to agree on the main policy elements of the digital tax.