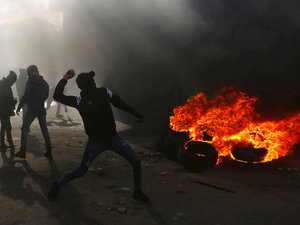 Israeli forces shot dead a Palestinian during clashes in the occupied West Bank on Friday, the Palestinian health ministry said, amid a deadly uptick in violence.

Badr Nafla, 19, died after being shot by Israeli forces in the neck during clashes near the northern West Bank city of Tulkarem, the ministry said.